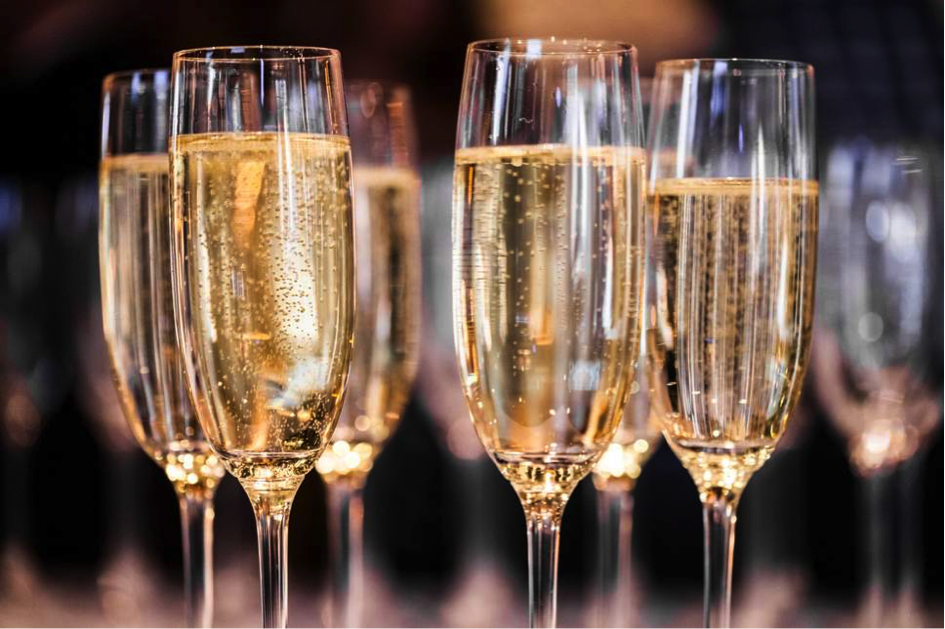 Champagne makers in eastern France are raising a toast to the early arrival of what is expected to be a vintage year following a record harvest.

A combination of a wet spring followed by a sweltering heat wave means the harvest has started at the end of August for most vineyards instead of September, which is usually the norm. Thousands of winegrowers are now expecting to yield a huge crop.

“The last few years have been tough, this year is expected to be exceptionally good so we are very happy,” she said.The Champagne winegrowers’ union added that more than 15,000 Champagne winegrowers would now harvest between 13,000 and 16,000kg of grapes per hectare.Every year, 310 million bottles of French Champagne are sold worldwide. Experts are now predicting a sharp rise in production, up 56 percent from last year to 3.5 million hectoliters,”We have never experienced this before in the Champagne region, in terms of quantity and quality,” said Jean-Marie Barillere, president of the Champagne houses’ union.”This will enable us to put into cellar amazing wines which will be on the market in three years,” he added.

While the majority of winegrowers are celebrating an exceptional harvest and high quality grapes, others believe it signals the beginning of long-term change for the Champagne region. Thirty years ago, harvests were known to be as late as October.Winegrower Eric Rodez, who runs his own vineyards and operates a 1936-built traditional press, has attributed the change to global warming.“Because of climate change, we have to be prepared to regularly harvest in August,” he said French wine production in 2018 was expected to be 44.5 million hectolitres, according to the head of the FNSEA national farmers’ union, Jerome Despey.

His comments came during a press conference held by national agriculture agency FranceAgriMer on Friday (24 August), according to the agency’s Twitter account.That is more conservative than initial estimates by the country’s agriculture ministry which had predicted somewhere between 46 and 48 million hectolitres (hl).Even if FNSEA’s more reserved estimate turns out to be correct, it would still mark a 20% rise on the historically low 2017vintage and be roughly in-line with the average for recent years before that.There have been early starts to the 2018 French wine harvest in several regions, notably Champagne and Alsace.Despey, who is also a winemaker in Languedoc-Roussillon, told the press conference that climate change had brought forward harvest dates by 30 days in the last 30 years, according to FranceAgriMer.

France’s 2018 wine harvest was set to rebound from a 2017 vintage that produced one of the lowest crops since 1945, according to the country’s Ministry of Agriculture.However, mildew is undoubtedly the plague of 2018 for wine growers, along with hailstorms. But summer heatwaves have also brought forward potential harvest dates, despite a cold start to the year. While one must always be wary of generalising, within regions as much as between them, Agreste forecast that 2018 will be one of France’s earliest vintages in recent years. Despite the expected rebound in harvest size, humid conditions have led to several battles against mildew. It is often present on the Atlantic coast, notably in Bordeaux, but has also been an issue this year in Mediterranean vineyards, triggered by rains and storms that occurred at high temperatures until the end of June.Black rot outbreaks have also been visible in Bordeaux and other vineyard areas.

In Burgundy and Beaujolais, flowering went well. The bunches were generous and the harvest could take place three weeks earlier than usual.Disease pressure is high in places but overall production is set to rise by 11%.

Maconnais and Nuits-Saint-Georgeswere worst-hit by storms and conditions could be more difficult there.

In Alsace, flowering was abundant, the bunches were generous and the harvest could be 10 days early. Production will clearly be higher than in 2017, Agreste said.

In the Loire Valley, disease pressure has been intense, sometimes leading to crop losses. Vines were running 15 days ahead of schedule, however.

In Bordeaux, hailstorms caused at least some damage to 7,500 hectares of vineyard, with Côtes de Bourg and Blaye suffering the most  but with some areas of Pessac and southern Médoc also affected. The dry climate of July suppressed mildew but black rot spots on bunches are appearing in the vineyards.

In Languedoc-Roussillon mildewwas virulent in June, with attacks on bunches varying according to the terroirs. The west of the department of Audewas also affected by hailstorms. Production will be at an average level, and higher than in 2017.

In the southeast, coulure affected Grenache grapes. Rain has disrupted flowering and mildew developed very rapidly, a rare occurrence in the region.

In the Rhône, flowering went well, according to Agreste. However, coulure appeared on certain terroirs.

Temperatures have been very high in the region in recent weeks. Veraison – the moment when grapes change colour and ripening begins – was evident and the harvest could be up to eight to 10 days early, the agency said.