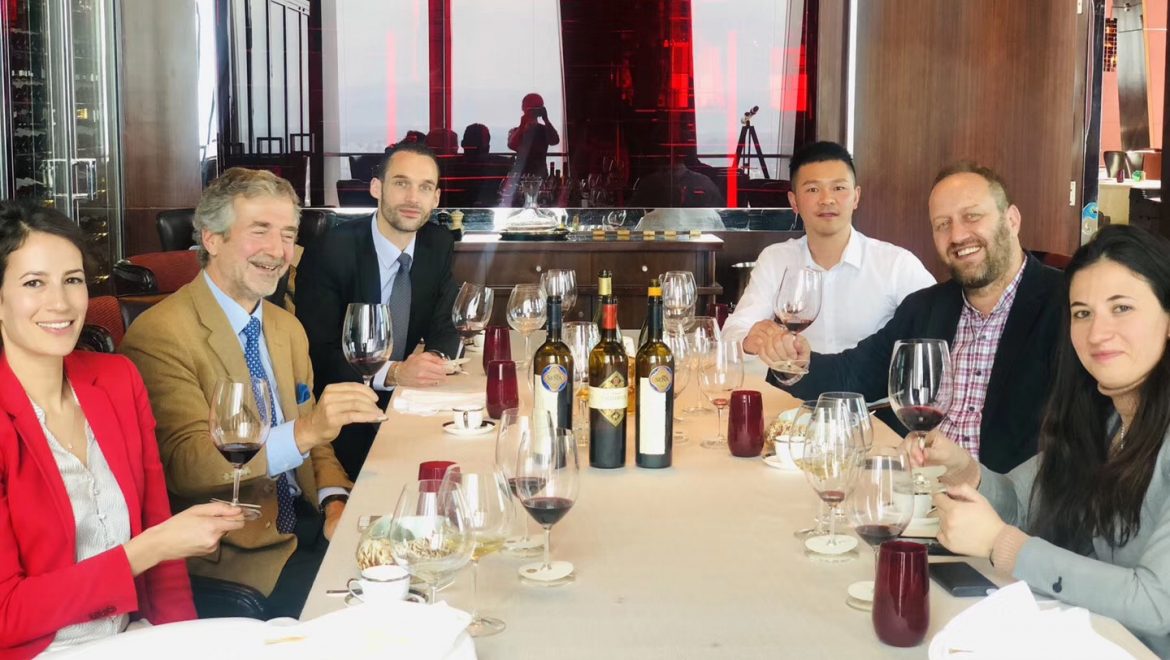 Éduardo Chadwick is president of Vina Errazuriz, one of the most influential groups of the South American wine industry based in Chile. Errazuriz encompasses prestigious brands such as Don Maximiano, Kaï and La Cumbre.

The Vinedo Chadwick vineyard was founded on the ancestral lands of the family in Maipo Valley, precisely in Puente Alto. Planted in 1992 in Cabernet-Sauvignon, the first vintage was finally ready in 1999. One wine, an exceptional quality level.

The Sena wines are known as some of the best in the world since their creator, Éduardo Chadwick, presented them against some of the best Burgundy and Tuscany crus during the famous “Berlin tasting” in 2004. 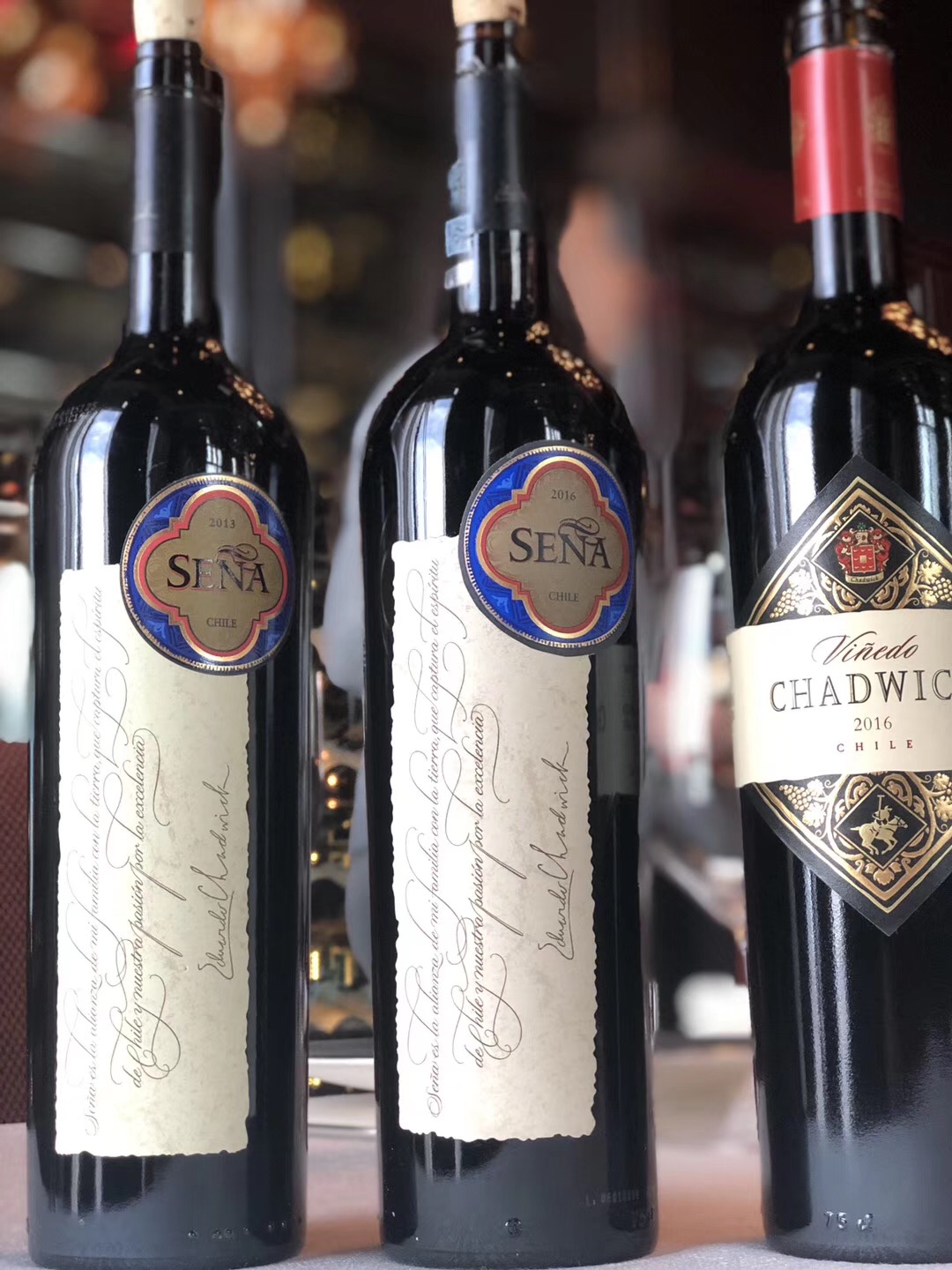 After making Chile wines renowned around the world, at the same title as the « jugement de Paris » of 1976 elevated Californian wines to the same level as the best French wines, Mr. Chadwick was elected “Man of the Year 2018” in the wine industry by the English magazine Decanter.

As a descendant of Don Maximiano Errazuriz (his great great uncle), Éduardo has completed an engineering degree and is working in Saudi Arabia when his father, Don Alfonso Chadwick Errazuriz re-acquires that Vina Errazuriz group in 1983. This group had fallen out of hands of the family, even if his ancestor had founded it in 1870, in the Aconcagua Valley.

Éduardo founded the Vinedo Chadwick vineyard in 1992, in the Puente Alto region, on an old private polo court close to their family home. A few years after, he creates with Robert Mondavi, the Sena brand and therefore the first international partnership in Chile. After four years of research for the best terroirs of the Aconcagua Valley, the first vintage of Sena made of Burgundy varietals is inaugurated in 1995.

Convinced of the potential of his wines, he organizes, in 2004, a blind tasting of his best Cabernets against some of the best Burgundy style wines such as : Château Lafite, Château Margaux, Château Latour, Solaïa, Sassicaïa and Tignanello for the 2000 and 2001 vintages.

Steven Spurrier (instigator of the « jugement de Paris » in 1976) is co-host of the event. In front of around 40 professionals from the wine industry, his wines; Sena, Vineda Chadwick and Don Maximiano are credited with the first two places!

The experience will repeat itself in many different cities of Asia to confirm these first results and his wines will keep performing in these new tastings. A phenomenon is born: the Chilean wines of Éduardo Chadwick are now amongst the finest products in the world!

Since 2005 (after the passing of Robert Mondavi in 2004), Éduardo Chadwick is the sole proprietary of the Sena brand. 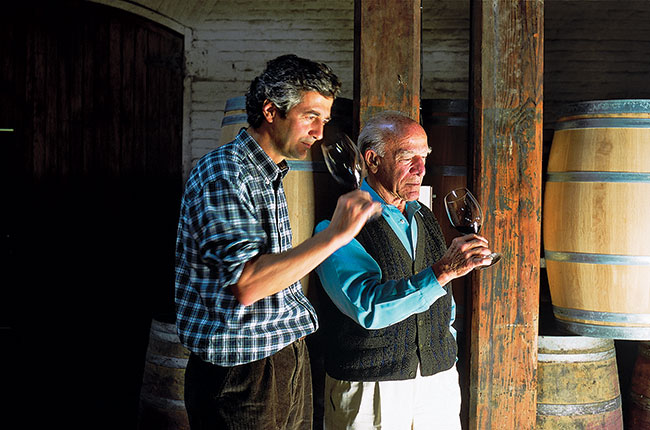 The 42 ha vineyard is located in the sub-region of Aconcagua, close to the river of the same name, at around 40 kilometers to the east of the Pacific Ocean. The soils are composed of colluvial deposits with different proportions of small rocks, allowing for good drainage and clay-like textures.

The climate is most definitely Mediterranean, with a long summer season (rainy days are mostly during winter) and with winds coming from the Ocean, adding a cool breeze to the overall climate. This allows for a slower maturation of the grapes, granting it a perfect balance between maturity and acidity. The Andes Mountains to the east offer a very pure source of water through the Aconcagua river. The vineyard has converted to biodynamic practices for many years.

For the winemaking process, the winemaker Francisco Baettig favors manual harvesting with meticulous sorting, fermentation in Inox vats with around 6 % of the must fermented in new French Oak casks to add a touch of complexity. The total maceration period is of 20 to 33 days, depending on the varietals, and can even reach less than 10 days for certain varietals like the Petit verdot. An aging process follows with malolactic fermentation in 100% new French Oak casks for 22 months.

The Vinedo Chadwick vineyard is located south-east of the capital Santiago, in the Maipo Valley region, in Puente Alto, at around 650 meters of altitude. Planted almost exclusively with Cabernet-Sauvignon and an inkling of Petit verdot, the soils are quite fertile, with around 40 cm of a mixture of alluvium and clay.

The climate is similar to what is found within Aconcagua Valley, which equates to a Mediterranean climate with fresh winds from the Andes Mountains and important differences in temperature between day and night. This allows for longer and more stable maturation of the fruits. The rain is mostly during winter, so irrigation is key to preserve the crops in a healthy state.

The vineyard is divided in parcels that are managed independently from each other, until the harvests are done following different periods according to the observations of the team. These harvests are done manually at early morning; each parcel is elaborated individually.

Thermoregulated fermentations in small Inox vats, maceration in individual lots for up to 30 days in French oak casks. The blend of these lots, alongside the aging period, follows in 80% new French oak casks for 22 months.

The 2014 vintage has received the note of 100 points by the wine critique James Suckling.

The British magazine Decanterdeclared the 2000 vintage as a Wine Legend, on the same token as the prestigious Château Margaux, Château Lafite, Pétrus and others… 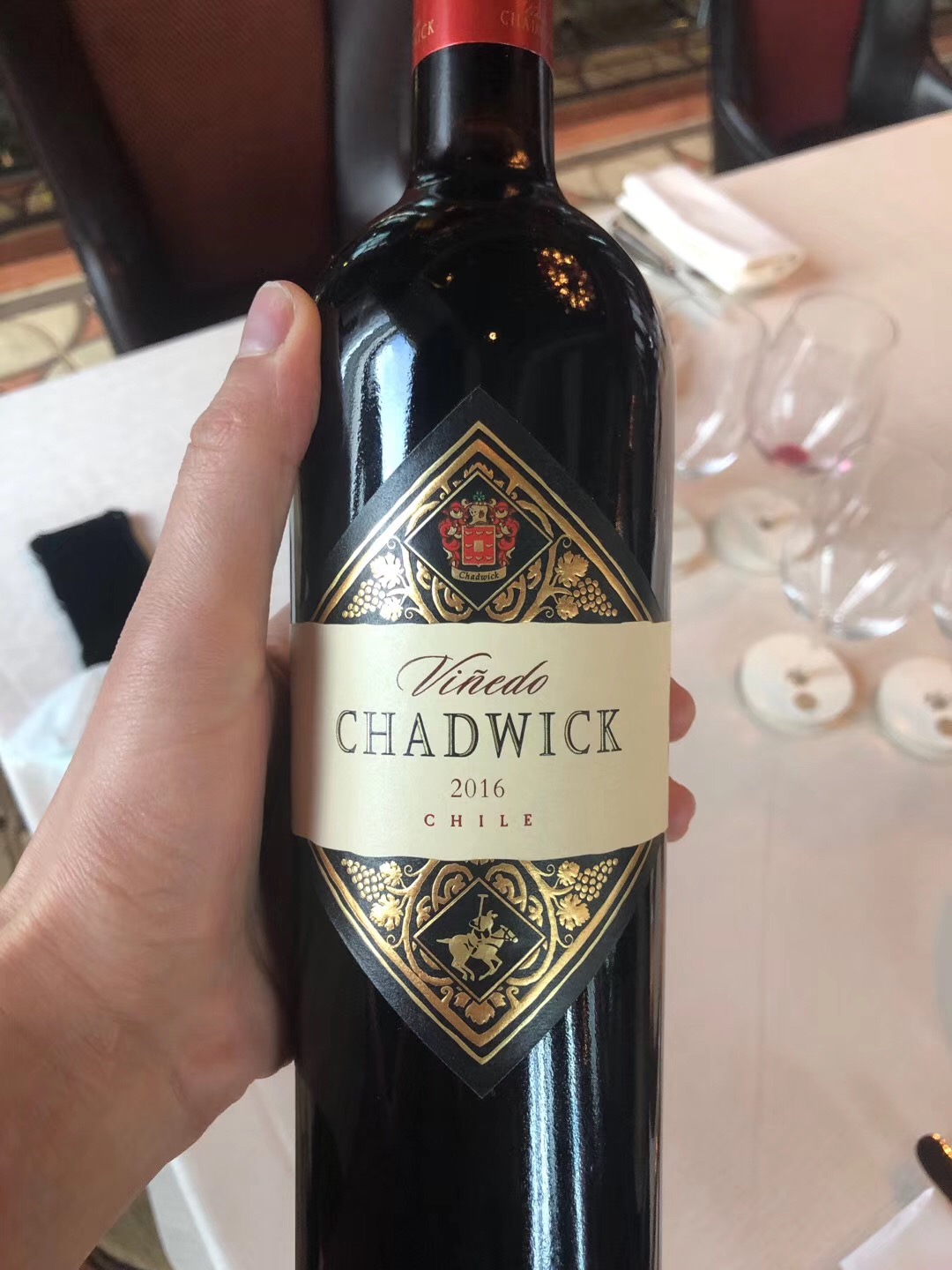 The homage wine of the Vina Errazuriz to its ancestor, the founder of the group, Don Maximiano Errazuriz in 1870.

Also located in the Aconcagua Valley, next to Santiago, the vineyard is located on many different parcels, although only three of these are used for the production of the Don Maximiano; the oldest ones…

The climate is the same as the Sena wines, located in the same geographical area.

The soils are also similar, except two parcels that have sandy and granitic components. Also, many rocks are of volcanic origin. These regions have always been considered paradise for winemaking by the ancestors. 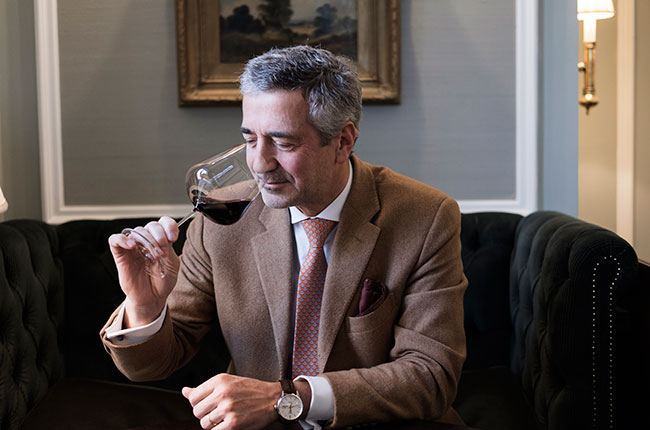 Eduardo Chadwick has been awarded the prestigious title of Decanter Man of the Year for devoting his life to the service of fine wine and recognized excellence in the wine world. Eduardo Chadwick, President of Viña Errázuriz and Viña Seña, commented: “I receive this award on behalf of Chile. It is a recognition that Chile has entered the realms of fine wine. Previous recipients
– Corinne Mentzelopoulos, Piero Antinori, Robert Mondavi, Angelo Gaja and Aubert de Villaine- have helped prove that their regions are part of this world-class family of wine terroirs,
and this has been my life-long ambition.”

In recognition of his “pioneering vision and his great determination that has helped boost Chilean wine on the world stage”, the English magazine Decanter chose Eduardo Chadwick, president of Viña Errazuriz, as the “Man of the year”.

The award, which was announced in the April issue of the magazine, includes an extensive interview that Peter Richards, Master of Wine and important wine critic, made to Chadwick because of this distinction.

Decanter delivered this award more than 30 years ago and this is the first time that a Chilean is named with this award. Among the winners of the past editions include Robert Mondavi, Angelo Gaja, Jancis Robinson, Miguel Torres, Aubert de Villane and Steven Spurrier. 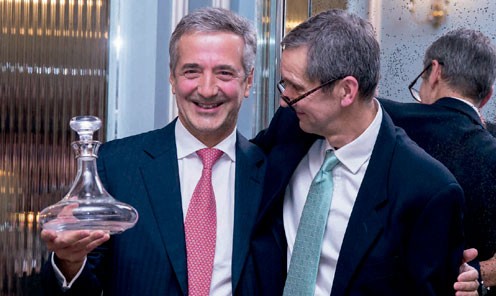 Eduardo Chadwick at a glance

Likes to say ‘Finesse and elegance’